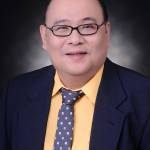 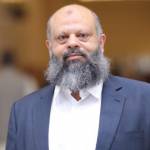 hi sir how are you

Engr. Nestor Rubio Ong is a full-time faculty member and is presently the Deputy Director of the University of Santo Tomas’ Office of QS/THE Rankings. Previously, he served as assistant director of the UST Quality Management Office, chair of the IE Department and dean of the College of Engineering of Lyceum of the Philippines-Laguna, and as senior manager of INTEL Philippines.

Engr. Ong is a Professional Industrial Engineer and an ASEAN Engineer. He was the very first to join the ASEAN Engineer registry in 2012 from the UST Faculty of Engineering. The recognition is given to engineers in the Southeast Asian region who have achieved “operational excellence in the field of engineering.”

With his more than two decades of accomplishment-laden experience in several multinational manufacturing companies by assuming various senior and technical management positions, Engr. Ong successfully turned around every manufacturing arena into delivering the necessary factory systems to enable World Class Manufacturing. His excellent leadership efforts won for him several recognitions/awards. One of his notable achievements, when he was named as INTEL Key Employee in Year 2000 in recognition of his valuable services and contributions to INTEL’s operation. This is Intel’s highest recognition award given to a deserving and consistently rated outstanding employee. INTEL Philippines was the nation’s leading exporter for many years past.

With his strong background in various key areas of expertise, he is the prime mover in the successful ISO Certification of UST. He is being considered to be a high caliber consultant that can be tapped in both the industry and academia. Moreover, Engr. Ong crafted a framework of the UST’s EQMS (Educational Quality Management System) for excellence which became his research paper as accepted in two international conferences in the same year entitled, “An Integrated Framework: Unifying Diverse Perspectives in EQMS” and turned out in reality when UST earned the distinction of being the only university in the Philippines with the four-star rating from QS.

Engr. Ong holds a Master of Science in Industrial Engineering degree from the University of the Philippines-Diliman where he was a consistent UPCE-PCIERD scholar and a BSIE degree from the MAPUA Institute of Technology.

Are you sure you want to unfriend?

Are you sure that you want to remove this member from your family?

New member was successfully added to your family list!